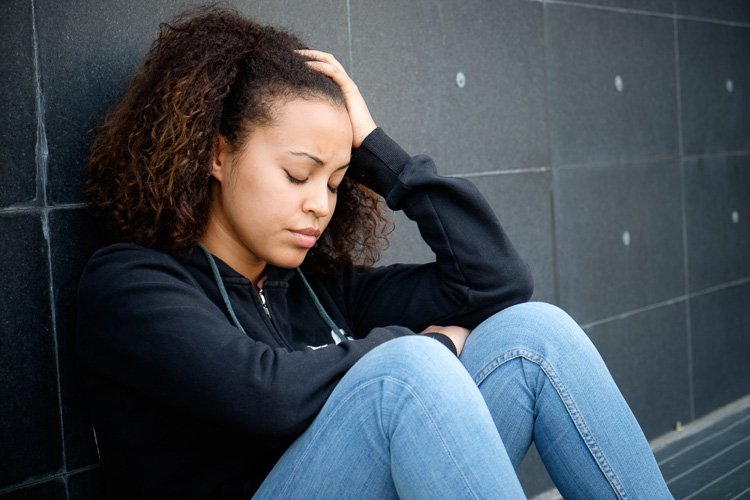 Most people are highly aware of food allergies and physicians are well versed in how to diagnose them. Generally, an allergic reaction comes on quickly, as soon as you eat the problematic food. Symptoms, which can be quite severe and life-threatening, are distinct and can include hives, rashes, facial swelling, and even an inability to breathe. This type of reaction can be extremely scary for the victim and for everyone nearby.

In contrast, food sensitivity can be tougher to pinpoint because symptoms are much more subtle. Often, it can be many hours, or even days, before you notice symptoms when dealing with a food you are sensitive to (also called food intolerance). The symptoms themselves tend to be less severe than in a typical allergic reaction. Because of this, it can be a challenge to link the problem back to the exact food that caused it. Careful monitoring of diet and symptoms and a bit of detective work are often required.

You may have become more aware recently of food sensitivities, which have risen to epidemic proportions here in the US. The process of introducing GMO food (genetically modified) is likely a contributing factor. You probably know at least one person who has a sensitivity to gluten, soy, corn or dairy. I actually battle all of these food sensitivities myself and know many others who do as well.

Current estimates claim that around 18 million Americans suffer from gluten sensitivity, and that is probably a conservative estimate since it is tricky to detect and many people are not yet aware that their symptoms are being caused by eating gluten.

In addition to the 18 Million who ARE aware, there are millions more people who suffer symptoms that are likely caused by a food sensitivity but they have not yet made that connection. If you suspect this could be you, check out this list of four key factors that may indicate you have a food sensitivity.

1. Weight gain or inability to lose weight (Weight Loss Resistance)
Does this sound like you: you diet, you eat healthy foods but nothing you do seems to work? Do you have cravings for certain foods and you seem to always be hungry?

Here’s why: Food sensitivities causes chronic inflammation in your body, and inflammation is NOT our friend. It will hinder your brain’s ability to communicate with your hormones. Leptin is one of these hormones, a vital one. Leptin is released after you eat and is the hormone that makes you feel full and satisfied. If your brain can’t receive messages from leptin, you will never feel full and will continue to feel hungry even after eating. This, of course, often causes you to overeat and it’s not your fault. Your body simply thinks it needs more food.

2. Fatigue
Are you always exhausted, even after a full night’s sleep? You may doze off at work and constantly grab sugar and starchy snacks just to try to keep up your energy and get through the day.

As we mentioned above, a food sensitivity will cause an inflammatory response in your body, disrupting your digestive system, which will then cause your adrenal glands to release cortisol as an anti-inflammatory. When that process happens over and over again (whenever you eat the offending food) it puts a tremendous amount of stress on your adrenal glands, often leading to adrenal fatigue or burn out. The end result is that you are constantly exhausted.

3. Migraines and Headaches
Have you ever noticed that you get a headache after you eat certain foods … a few hours after a meal, or sometimes right when you wake up the next morning?

A headache means that you have some type of inflammation going on in your head—which is why we often take NSAIDs to relieve it. Since you now know the link between inflammation and food sensitivities, it’s no wonder that food sensitivities could be causing your headaches. More than half of all people who suffer from migraines (a recent study cites 56%) actually have been found to have an undiagnosed gluten sensitivity.

4. Achy Joints
You seem to ache all over, almost like you have the flu, but there doesn’t seem to be a reason. You are not yet old enough for arthritis and you’re not a serious athlete either. So what gives?

I’ll bet that at this point, you can guess what’s going on here: Food sensitivities mean inflammation. In this case, your joints are bearing the brunt of the inflammatory response.

If this list of symptoms resonates with you, there’s a high probability that food sensitivities are contributing to your discomfort.

Several years ago I broke through my weight loss resistance and on-going fatigue issues by identifying food sensitivities that I realize now had plagued me for decades. I now help others to take the shortcuts through this process that I wish I had at the time, instead of my years of trial and error. I couldn’t believe how much easier it was for me to finally drop excess weight—I certainly never dreamed that I would be 70 lbs lighter and feeling so much better today.

Intrigued? Suspect you may also have some food sensitivities? I’d love to share these same strategies with you! Reach out and we can talk!

We use cookies on our website to give you the most relevant experience by remembering your preferences and repeat visits. By clicking “Accept”, you consent to the use of ALL the cookies.
Do not sell my personal information.
COOKIE SETTINGSACCEPT
Manage consent

This website uses cookies to improve your experience while you navigate through the website. Out of these, the cookies that are categorized as necessary are stored on your browser as they are essential for the working of basic functionalities of the website. We also use third-party cookies that help us analyze and understand how you use this website. These cookies will be stored in your browser only with your consent. You also have the option to opt-out of these cookies. But opting out of some of these cookies may affect your browsing experience.
Necessary Always Enabled
Necessary cookies are absolutely essential for the website to function properly. These cookies ensure basic functionalities and security features of the website, anonymously.
Functional
Functional cookies help to perform certain functionalities like sharing the content of the website on social media platforms, collect feedbacks, and other third-party features.
Performance
Performance cookies are used to understand and analyze the key performance indexes of the website which helps in delivering a better user experience for the visitors.
Analytics
Analytical cookies are used to understand how visitors interact with the website. These cookies help provide information on metrics the number of visitors, bounce rate, traffic source, etc.
Advertisement
Advertisement cookies are used to provide visitors with relevant ads and marketing campaigns. These cookies track visitors across websites and collect information to provide customized ads.
Others
Other uncategorized cookies are those that are being analyzed and have not been classified into a category as yet.
SAVE & ACCEPT